“I think it is fantastic that we have come so far in just 15 months,” said OVFCC Secretary Merle Pratt.  “But it is only a starting point for the OVFCC.  We hope that the Ohio Legislature will move forward with legislation that will make the technology offered by the OVFCC available to more organizations, with the chance of creating more opportunities to fundraise for local charities.”

If your Veteran or Fraternal organization is looking to give its members a fun and entertaining way to join in raising over $3,000,000 for charities, contact the OVFCC using the link on the left side of the page.

The OVFCC Responds to Florida Scam

Over the last week, news broke of a scam involving an organization in Florida that supervised Internet parlors and slot machine-style gaming terminals.  Instead of giving the money to the veterans and to their charities, those involved in the scandal instead spent the proceeds on themselves.  The scandal has already resulted in over 50 arrests, and has cost Florida’s Lieutenant Governor her job:

TALLAHASSEE, Fla. (AP) – Florida’s lieutenant governor resigned and nearly 60 other people were charged in a scandal involving a purported veterans charity that authorities said Wednesday was a front for a $300 million gambling operation.

The organization, Allied Veterans of the World, runs nearly 50 Internet parlors with computerized slot machine-style games, which are normally legal in Florida if most of the proceeds go to charity.

But investigators said the organization’s executives gave precious little to veterans and lavished millions on themselves, spending it on boats, beachfront condos and Maseratis, Ferraris and Porsches.

Florida Attorney General Pam Bondi called the alleged scam “callous” and “despicable” and said it “insults every American who ever wore a military uniform.”

The OVFCC has reviewed the facts surrounding this scam and finds the actions of Allied Veterans of the World to be an outrageous affront to the current soldiers in uniform and to all those who have served their country.  The OVFCC believes that its efforts to raise funds for its members and their communities should not be blemished by the fraudulent activity of those who prey upon the public and besmirch the good name of veterans throughout the land.  For the benefit of those who support the efforts of the OVFCC, we have prepared an outline which highlights the many differences between the fundraising program sponsored by the OVFCC and the alleged fraudulent activities of the AVW:

> The OVFCC is an association of the largest and smallest veterans and fraternal organizations in Ohio.  It is not a charity and it does not have any financial means.  The Board is appointed by the state organizations that compose the Coalition and the board members serve as volunteers.  It has no employees and does not receive any money from the fundraising efforts of its member posts and lodges.

> The OVFCC has contracted with a vendor, CMCG, which owns a valid license for video raffle software used by OVFCC member posts and lodges.  The video raffle program and the RMS system track every financial transaction which takes place involving the video raffle terminals in every location.  All money used to participate in the video raffle program is accounted for and can be monitored by the OVFCC and any law enforcement agency who requests the ability to monitor the program.

> Every location which is participating in the OVFCC video raffle program is required to account for the money used in the program by depositing the gross profit from the program in a separate bank account which is monitored by the OVFCC.  Failure on the part of any location to follow the rules of the program results in expulsion from the program and forfeiture of the terminals.

> The OVFCC, in conjunction with CMCG, has offered complete access to the video raffle program and RMS to the Ohio Department of Public Safety and the Ohio Attorney General to view all aspects of the video raffle program and RMS.  The OVFCC sends a weekly report listing the location and serial numbers of each terminal to the ODPS, which provides them with the ability to monitor and validate each terminal.

> The OVFCC Board has the ability to monitor every transaction on every terminal in each location in real time.  The Board also receives a monthly written report detailing the activities of each location including the amount of money paid for expenses, the amount transferred to the 501(c)(3) charity according to the contract and the amount retained by the post or lodge.

> The OVFCC is operating a raffle as defined in ORC Sec. 2915.01HH.  The OVFCC’s member posts and lodges are veterans and fraternal organizations permitted to conduct raffles pursuant to ORC Sec. 2915.092.  The OVFCC in conjunction with the Ohio Attorney General have drafted legislation to clarify and regulate the operation of charitable video bingo which specifically includes the video raffle program currently being operated by the OVFCC.

The major distinctions between the OVFCC and Allied Veterans of the World are:

1. OVFCC is an association with appointed board members who receive no compensation and which perform no financial activity.  Allied Veterans of the World was a purported charity which raised funds for itself and had numerous employees who received compensation.

2. OVFCC operates a video raffle program from which it receives nothing.  100% of the net profit raised from the video raffle program is divided equally between the fraternal and veterans posts and lodges and the 501c3 charities with whom they contract.  AVW was a purported charity which apparently raised funds using so-called sweepstakes games for its own interests, with a very small percentage going to legitimate charities.

3.  The OVFCC video raffle program is transparent.  All transactions can be monitored in real time by the OVFCC and any regulatory organization which seeks to discover how the money is accounted for, can be given access to monitor the program.  Apparently, the AVW used various methods to keep officials and others from knowing what happened with the money it raised.  From the reports in the media, the AVW was used to generate money for a few individuals under the guise of charity.

It is important to note that the program being offered by the OVFCC is transparent, legal and designed to generate funds for charity.  We will continue to educate regulators and the public at large that the OVFCC believes that an open and honest approach to fundraising is a “win-win” for everyone.

Bulletin: The OVFCC Supports the Commemoration of Vietnam Vets 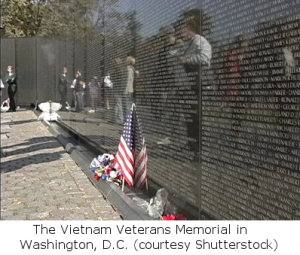 The Ohio Veterans and Fraternal Charitable Coalition (OVFCC) is pleased to announce that it has raised over $50,000.00 to fund the Commemoration of Vietnam Veterans week scheduled to take place on March 26-29, 2013 in Columbus and sponsored by the Ohio Department of Veterans Services (ODVS).

OVFCC President Bill Seagraves stated that when the call came from the Ohio Department of Veterans Services, he and the other OVFCC Board members immediately began soliciting donations from their members:

“Our members immediately responded to the call of duty to recognize their brethren in arms.  We are pleased to join Governor Kasich and ODVS Director Colonel Tom Moe in commemorating these patriots whose service should be appreciated by all of us,” Seagraves said.

Colonel Moe praised the OVFCC for ‘taking the bull by the horns’ to raise the funds necessary to honor the Vietnam Veterans.

The Commemoration is expected to attract thousands of Vietnam veterans, their families and the general public.  For more information, please contact Bill Seagraves, Ohio Department of Veterans Services, or the OVFCC by using the “Contact Us” link on the left.

Today, The Columbus Dispatch published an article that highlighted the efforts of the Ohio Veterans and Fraternal Charitable Coalition (OVFCC) to raise funds for local and state-wide charities.

The article, in the March 10th Sunday edition of The Dispatch, gave many insights into how the OVFCC ‘s video raffle program can help not only bring in money specifically for charities, but enable these organizations to begin to reverse “years of revenue decline.”

The article focuses on how the technology of the video raffle system provides member organizations of the OVFCC a chance to offer their patrons an entertaining way to spend time and support their post and the charities they sponsor.  The effect of the terminals is already being felt by these local organizations:

Veterans organizations say the machines are doing what they’d hoped. Members are playing the terminals rather than sweepstakes machines outside of posts.

Are the two machines at the Gahanna VFW post popular?

In the last 15 months, the OVFCC has raised over $2.8 million for the veterans organizations, fraternal orders and the charities they sponsor.  By partnering together, the OVFCC is proud to help support important, state-wide populations, such as Ohio veterans, who number over four million in the state.

Up to Date: The Ohio Elks 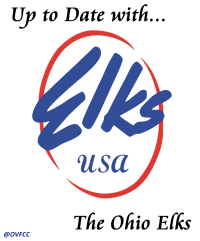 Welcome to Up to Date, where we at the OVFCC strive to keep you in the loop with the groups and organizations doing business with the OVFCC.  In today’s installment, we bring you an update on our partner, Ohio Elks Association.

To read more about the Ohio Elks, and what the organization is currently pursuing, click on the link below to view their January Newsletter.

Would you like to have any of your organization’s information shared on this blog with our many partner organizations?  Click on the “Contact Us” link on the left side of this page, or simply click here.

In The News: Veterans Turning to Charity

It is no secret that one of the most difficult parts for veterans is returning to a normal, civilian lifestyle when their tours of duty end.  Since 9/11, and wars in Afghanistan and Iraq, many veterans are finding that transition more and more difficult.  Post Traumatic Stress Disorder (PTSD) is one of the more common psychological ailments that affects these vets, while more and more returning combatants are left dealing with their injuries sustained while serving.

Charities are playing a large role in helping veterans acclimate themselves back into civilian life, and more and more veterans are turning to charity in their time of need.  In Ohio, organizations like AMVETS and the VFW of Ohio Charities are helping to lead a charge that is spearheaded by groups like Semper Fi Fund, a charitable organization founded by Marines, and Give an Hour, an organization focusing on providing free mental health care to veterans of the Iraq and Afghanistan wars.

The need for such organizations is very high.

The veterans often must wait months for their first disability check, a period when they can be without income, she says. Compounding circumstances is the ever-present struggle to re-connect with family after physical or mental health has been altered by war.

‘We’re there to get them over that hump, to make the transition,’ [Semper Fi Case Manager Christine] Jones says.

Our veterans are among the most important population in this country, and the OVFCC is proud to support groups that support these veterans.  By joining with the OVFCC, your organization can help play an integral role in assisting veterans, too.  For more information, use the “Contact Us” link on the left to learn more about how you can get involved with the OVFCC.