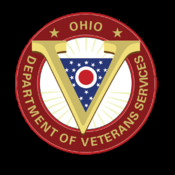 The Ohio Department of Veterans Services will hold their biennial Women Veterans Conference in Columbus on September 24th 2013.  The conference, last held in 2011, usually welcomes upwards of 500 women veterans.  It provides networking opportunities for vets of today’s conflicts and conflicts of all eras dating back to World War II.  Attendees will also have the opportunity to learn about resources and strategies provided by the Veterans Affairs Healthcare System of Ohio.

The keynote speaker will be Jessica Lynch, who was severely injured in the ambush of her unit early in the Iraq War in 2003 and was rescued by Special Operations forces from an Iraqi hospital. Ohio’s Adjutant General, Major General Deborah Ashenhurst, will also address the conference. In addition, an expert panel will discuss issues surrounding benefits for women veterans.

More information about the conference, as well as how to register can be found at the Veterans Services website: 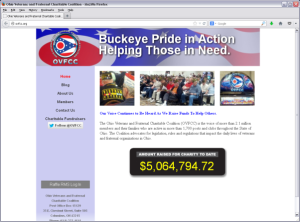 COLUMBUS, Ohio, Sept. 11, 2013 — The Ohio Veterans and Fraternal Charitable Coalition (OVFCC) is excited to announce that its video raffle pilot project has now raised over $5 million for Ohio charities.

These funds directly benefit veterans’ posts, fraternal lodges and hundreds of local 501c3 charities, with 50% going to veteran’s posts and lodges and 50% going to the 501(c)(3) charities throughout the state of Ohio (click here to see the list of charities this program benefits.). In addition, a portion of the money raised by the OVFCC goes to fund veterans’ service officers who assist Ohio veterans in filing benefits claims with the Veterans Administration. Last year these veterans’ service officers returned over $50 million in federal funds to the state of Ohio.

Attorney General DeWine has asked that veterans and fraternal groups seek legislation to clarify the law regarding video forms of bingo. The OVFCC is working to pass Charitable Video Bingo legislation, which will allow its member organizations to continue raising charitable funds to support local communities.