Up To Date: Vets and Fraternal’s Hit $12M Raised for Charity

On the heels of the announcement that the OVFCC has helped raise over $12 million for local and national charities and organizations, the Columbus Dispatch tells the story about how the system is still working:

More than a year after state officials temporarily pulled the plug on video raffle machines at veterans posts and fraternal lodges, the wheels are still spinning, and money is flowing.

The Ohio Veterans and Fraternal Charitable Coalition said yesterday that video raffles have generated $12 million for a variety of Ohio charities in the past three years. The money has benefited vets groups and other charities, such as Buckeye Boys State, Special Olympics and the Wright-Patterson Airmen & Family Readiness Center, which received $100,000 for emergency financial help, employment and counseling for active-duty military families.

You can read Alan Johnson’s whole story in the online edition of today’s Columbus Dispatch. 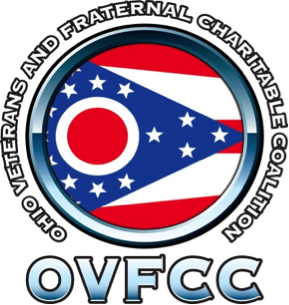 Hundreds of local charities throughout Ohio benefit from support

The funds directly benefit veterans’ posts, fraternal lodges and hundreds of local 501(c)(3) charities;   fifty percent of the revenue supports the posts and lodges and fifty percent supports local 501(c)(3) charities in communities across Ohio, such as the Wright Patterson Airmen & Family Readiness Center, Buckeye Boys State, Special Olympics and hundreds of individual Ohio veterans in dire need of financial assistance for housing and supplies such as sleeping bags and boots.

As an example, the OVFCC raffle funds have helped provide well over $100,000 to the Wright Patterson Airmen & Family Readiness Center, which helps active duty families in times of need with financial crisis assistance, counseling and employment services.

“Thanks to the charitable video raffle program we are able to provide much needed assistance to members of all branches of the military active at WPAFB,” said Dan Faulkner, VFW Department of Ohio, Hospital and Homeless Veterans Chairman.  “These vital funds help put food on the tables, pay funeral travel expenses, and make rent payments during financial crisis for men and women who are fighting to defend our freedom.  If not for the charitable funding provided by the OVFCC organizations, I don’t know where these families could get the assistance they need.  This is truly essential support.”

Each year, thousands of charitable dollars support veterans who are struggling to pay for housing and utility bills.  VFW of Ohio Charities partners with organizations like National Church Residences’ Commons at Livingston to keep veterans in housing.

“The VFW organization and its members have been a valued supporter of our Commons at Livingston permanent supportive housing community for disabled and homeless veterans through cash donations, in-kind gifts, and volunteer activities,” said Jeffrey S. Wolf, Senior Vice President of Philanthropy & Communications for National Church Residences.  “National Church Residences looks forward to serving more disabled and homeless veterans with the VFW’s assistance when the Commons at Garden Lake in Toledo opens the summer of 2015.    In addition, the VFW has been a generous supporter of our Hospice program serving low-income clients and their families.  National Church Residences is grateful for its partnership with the VFW and our efforts to transforming the lives of those we serve.”

A substantial portion of the funds raised through the OVFCC charitable video raffle helps pay the salaries of Veterans Affairs State Service Officers and Claims Benefits Representatives who are responsible for bringing in hundreds of millions of dollars each year in federal claims for Ohio veterans in need and their family members.

“Our claims benefit program is our most important initiative,” said Wayne Hutchison, the VFW State Service Officer.  “The VFW Department of Ohio funds salaries for ten claims benefit representatives who are responsible for obtaining and maintaining federal funding for veterans and their dependents. This funding is vital to veterans and their families, and it is all returned directly back into Ohio’s economy.  Charitable gaming plays a significant role in the VFW’s ability to both fund the program as well as improve the quality of life for veterans and dependents.”