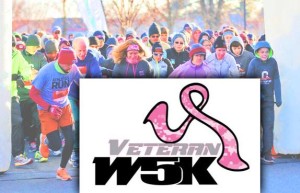 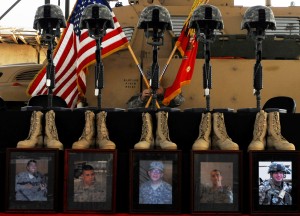 Columbus, Ohio (March 26, 2015) – Spc. Michael B. Cook Jr. of Middletown, Ohio died in Iraq June 6, 2011 as a result of a rocket attack, leaving behind his wife Samantha and two children.  After Michael’s death, Samantha moved from Ft. Riley, Kansas back to Butler County, Ohio.   “Michael’s death was extremely hard on me and our children.  I still feel his presence every day,” says Samantha.

In the years following Michael’s death, Samantha was able to support her family financially.  Unfortunately, due to unforeseen circumstances this past year, Samantha fell behind on her mortgage and needed some temporary help.

Thankfully, Samantha became acquainted with Carolyn Coley, wife of Ohio Senator Bill Coley as they worked together in planning an upcoming highway dedication in her late husband’s name.    A portion of Tylersville Road in both Butler and Warren Counties will be named the “Spc. Michael B. Cook Jr. Memorial Highway” at a dedication on April 26th.

During the highway dedication planning process, Mrs. Coley became aware of Samantha’s recent financial difficulty and learned that she was in jeopardy of losing her home.  Mrs. Coley reached out to the VFW of Ohio Charities to see if it could help Samantha.

VFW of Ohio Charities subsequently donated over $4,600 to the Cook family to help Samantha catch up on her mortgage payments.  “We were honored to be a part of keeping Spc. Cook’s family in their home,” said Bill Seagraves, Director of VFW of Ohio Charities.  “This is the type of charity work we do every day, so it fit right within our mission to help veterans and their families.”

Samantha was grateful for the VFW’s support, saying “Because of the VFW, I have been able to get back on track financially.  My mortgage is due on the first of each month and I have a long-term financial plan in place.  I just needed a little help to get through an unanticipated circumstance and the VFW was there for me.  I want to thank Mrs. Coley and the VFW for working together to make this happen.”

The donation was made possible because of the Ohio Veterans and Fraternal Charitable Coalition’s (OVFCC) charitable video raffle program, which has now generated over $13 million for Ohio charitable causes.  Each year, thousands of charitable dollars generated by the raffle program support veterans and their families who are struggling to pay expenses like housing and utility bills.

By law, fifty percent of video raffle revenue supports posts and lodges and fifty percent supports local 501c3 charities in communities across Ohio, who in turn assist hundreds of veterans and their families who are in need.

“We want all veterans and their family members, especially widows and children to know that we are ready and willing to help during a time of crisis,” said Seagraves.  “The OVFCC’s raffle program has allowed us to help provide millions of dollars in assistance to those in need.”

While the charitable video raffle program continues to garner praise and support from Ohio’s veteran and fraternal groups and the charities they support, they lack certainty in their ability to continue supporting families like Samantha’s in the future.  The program was ordered by the Attorney General to be shut down in December 2013, but the OVFCC immediately filed a lawsuit and was allowed to remain in operation under a court restraining order until the issue is decided by the Franklin County Court of Common Pleas in a trial scheduled to take place later this fall.