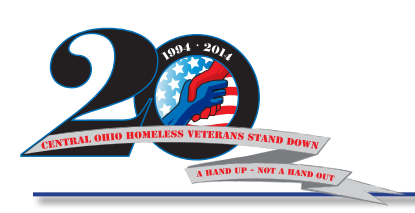 For those that don’t know, Central Ohio Stand Down is a local chapter of a national charity project geared toward fighting for homeless vets across the country.  The charity puts on events around the country with the focus on providing homeless veterans – men and women alike – with necessary resources and supplies.  Included are simple necessities like food, clothing and haircuts, and go as far as providing more complex services like job search information, health screenings and even legal aid.

This year’s event, held on Tuesday, October 21st had a new and very appropriate location – Huntington Park, home of the Columbus Clippers baseball team.  Appropriate because in a building that emphasizes teamwork for victory, volunteers were able to come together to give “a hand up, not a hand out” to some of their own teammates most in need.

Among the many volunteers at the event were several VFW lodges, and the VFW of Ohio Charities, one of the major beneficiaries of the Ohio Veterans and Fraternal Charitable Coalition.  The OVFCC is proud to work with organizations that support noble causes, and Central Ohio Stand Down is most certainly that.

Check out some pictures from the event, including Columbus Mayor Michael Coleman, as well as the story as told by NBC4 Columbus. 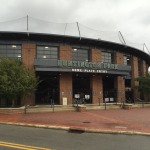 Huntington Park – site of the 2014 Central Ohio Stand Down 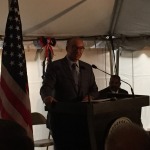 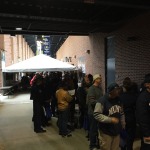 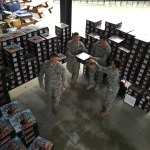 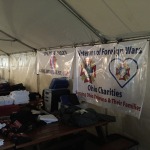 The VFW of Ohio Charities is there to help